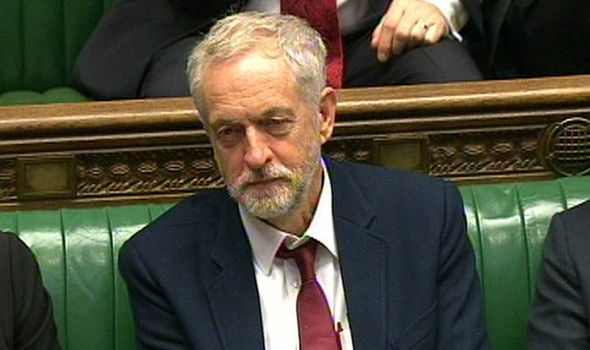 Labour No confidence vote a complete waste of all our time

Now it is Jeremy Corbyn letting the country down

The Labour party went ahead with their threatened vote of no confidence in the current government, which they must have known would fail.

Labour starting to get their Brexit strategy wrong

Prior to their party conference last year, the Labour party were broadly sticking to their election manifesto promises to honour the 2016 referendum decision to leave the EU. They indeed were , to coin a phrase, “boxing very cleverly.”

They then made the huge tactical blunder of adopting a conference Brexit policy, which they did think was clever and unifying at the time, but which now is coming back to bite them hard. This six Brexit tests policy has become constricting to them and preventing them from making a positive contribution to the Brexit process.

The six tests have become like a spider’s web, woven by the remainers which has trapped the Labour party fly in it, unable to move.

They now are increasingly coming across as a party which is trying to use Parliamentary processes to undermine the UK leaving the UK.

The vote of no confidence has served no useful purpose to the Labour party or to the country. It has simply showed up a large number of MP’s  of all parties, as people who trade insults of each other’s personal and political abilities. This is, quite frankly, not what the country wants to hear at this crucial time.

This was exactly what the Conservative leadership wanted, a distraction from their disastrous Brexit policy.

So while there was lot of debate about Brexit policy, the whole tone of the debate was a reminder of the worst aspects of our current mainly two party system.

Labour urgently need to have a strategic re-think, as there is a danger that a continuance of their current approach to Brexit in particular, will make them as unpopular as the Conservatives. It is such a shame when the policy of bringing about Brexit was serving the party so well.

Jeremy Corbyn made the added mistake at the close of the confidence debate by digging Labour in a deeper hole. He unnecessarily argued for a No deal Brexit being ruled out by the government. (In doing so, he also dented his credentials as a Eurosceptic).

However, such a stance would hinder the UK’s negotiating position and hinder the prospects of a good deal. It would also increase the chances of Brexit not proceeding, which would lose Labour a lot of votes at the next election. It comes across as a wrecking tactic, rather than a constructive one to help facilitate Brexit. 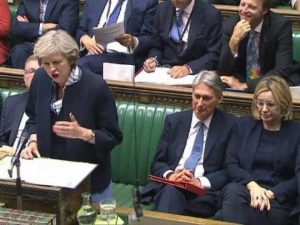 Another major point about all this is that the country is well aware that there is a shortage of Parliamentary time for a number of very important issues. Labour have effectively wasted a day of that precious time, which no one will thank them for.

Labour must review its six Brexit tests, which have no mandate from the public

There needs to be more focus on Labour wanting to make a serious contribution to enabling Brexit to be delivered.

Labour did the UK an excellent service by helping defeat Theresa May’s so called Brexit “deal.” Now Labour must itself review its six Brexit tests.

Labour is making the classic mistake that parties have made over many years and that is assuming that what party members want, is what the people want.

Labour would be foolish in the extreme if party policy became anti-Brexit when their MP’s have not been voted in on a no deal Brexit policy.

As the Prime Minister is now being asked to be flexible, Labour has to be as well, if they want to honour the referendum vote to leave the EU.

The ironic point about this no confidence vote is it could have been successful, if the Labour party had come to an accommodation with the DUP. Their ten votes would have ensured a Labour success.

As a political commentator who attends all the main UK political party conferences,

I am well are that virtually nothing is impossible in politics.

As the Labour leadership know they did not have the DUP onside, they simply should not have bothered with insisting on this confidence debate.

Now is the time for Labour to stop pandering to remainers and return to being the champions of the British public.

Jeremy Corbyn has so far refused to take up the Prime Minister’s offer for talks on Brexit. He is insisting that the No deal option is off the table first, something not in the Labour party’s last general election manifesto. It is to be hoped that he will change his mind, otherwise this will not be just damaging for Labour, but for the country too.

It is to be hoped it will be the start of Labour Brexit co-operation and delivering what the British people voted for. A group of Conservative politicians have offered proposals for a constructive way forward for the UK, which should be accepted.

If they are not and the Labour party continues a policy of intransigence, then there is a risk of the public turning to UKIP or a new party.

If the public are betrayed on Brexit, they will desert both Labour and Conservatives.