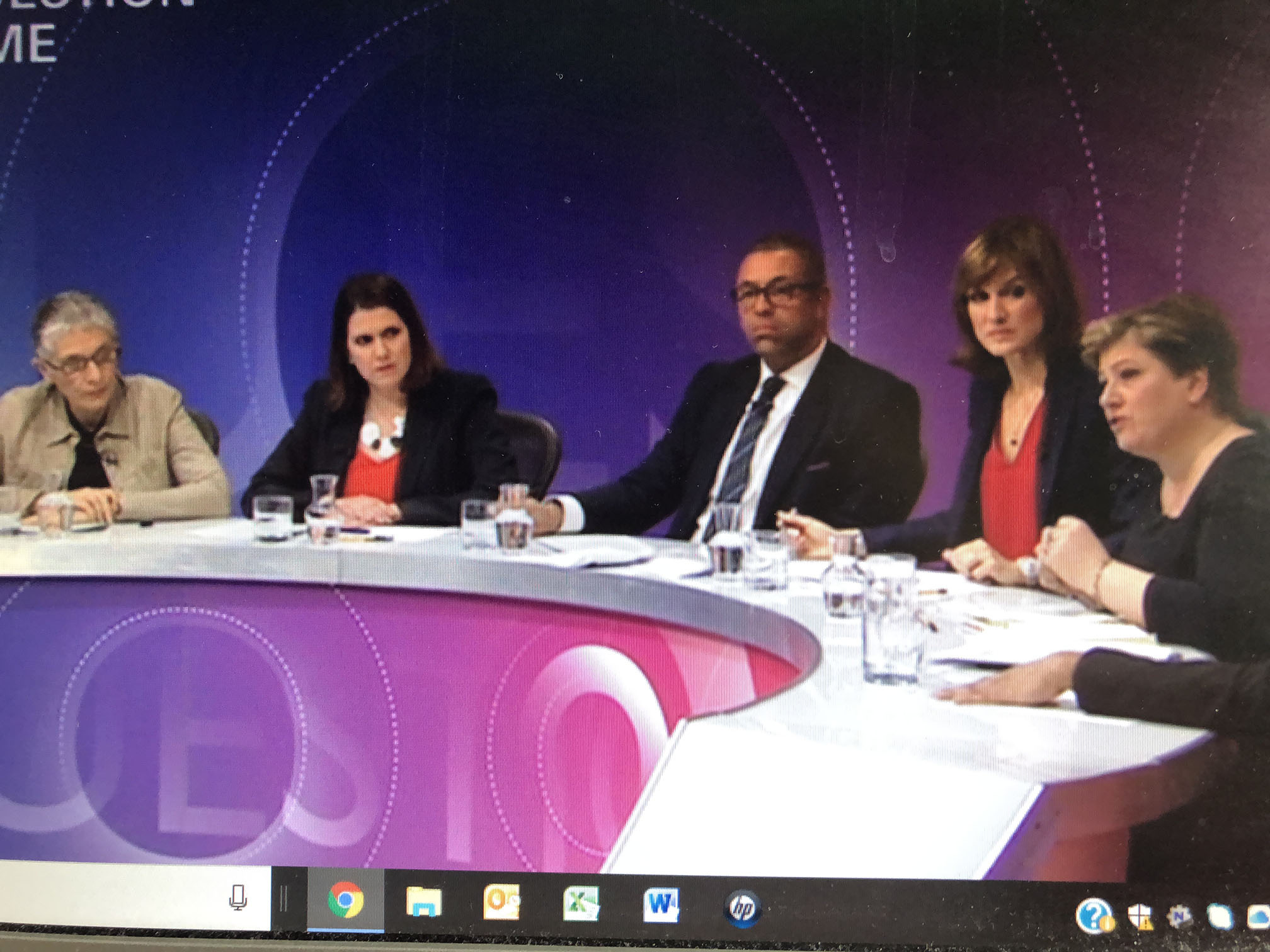 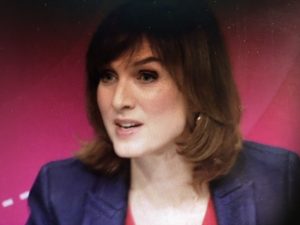 The BBC (British Brainwashing Corporation) yet again picked a panel of mainly “Remainers”  for last Thursday night’s programme. Of the five facing the audience, only one was a Leave supporter, three were Remain supporters, and one, James Clevelly, MP, a  supporter of the government’s “deal,” can hardly be put in the Brexiteer category.

Considering the majority of the country voted to Leave the EU, it is actually a disgrace that the BBC continues to treat those who won the Referendum as a minority whose views are not worthy of considering. The BBC not only prevent a minimum of equal  representation for the Leave cause on their panels, but they somehow end up doing the same with the audiences, where it is a struggle to locate any Leave supporters at all.

Clearly the BBC’s New Year’s resolution ( alongside most of the rest of the media ), was to remain with the old bias, something the majority of us must ensure they correct  this year. What we need is the word “brainwashing” to be replaced with the word “balanced,” so we can have a BBC we are proud of. 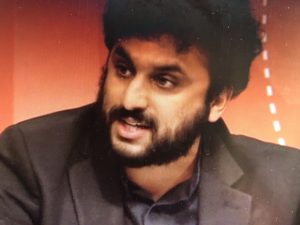 Another area the BBC need to address is this habit they have of inviting pretty useless people to serve on their panels. Nish Kumar, a comedian, came close to the truth when he admitted the government’s Brexit deal was less popular than his jokes.

He ended up having an unseemly spat with columnist Melanie Phillips, but why was this his third appearance on Question Time in twelve months ?! Once is too much. However, he seems to be one of those politically correct individuals who can be relied upon to put across acceptable globalist views, and therefore he will probably be invited yet again.

In contrast there are many people who could be asked to appear on Question Time and similar programmes, but either never are, or if they are, find they are outnumbered by the opposition. If they never are invited, they could be like me, appeared on RT News three times last year, but never on the BBC.

The BBC, like most of our media, cannot bare having intelligent people on their programmes who can challenge the globalist way of thinking.

No, they prefer people to ensure such views are either not put forward or put forward by people who can give the impression that such views are intolerant , not informed, not educated, lower class, and that they simply are extremists who don’t know what they are talking about.

What is essential is for the BBC and the media generally to reform, but that is not going to happen without the citizens of our country insisting on change.

This is a reason of the springing up of “Yellow Vests” movements in different parts of the country. Inspired by the revolutionary fervour of the French people who have become fed up with being taken for fools by their political class, it has been seen that the people can make a government listen to them.

In the UK the “Yellow Vests” will continue to attract support until the UK ruling elite changes how it runs the country, especially the negotiations with the EU.

On Question Time, the one Brexiteer on the panel, Melanie Phillips, spoke a lot of truth when she said that the government had given control to the EU from the very start of the EU negotiations. What she did not say was that the general public is fed up to the back teeth with this constant letting of the nation down.

She did correctly state, however, that Theresa May had failed to understand that there is no compromise, that you cannot be half in and half out of the EU, which is the real effect of her Brexit “deal.”

Melanie’s comment that with Britain free of the EU, it would take them to the cleaners, is the sort of proud statement many British citizens would like to exemplified in optimistic post Brexit plans.

This first Question Time of the year was a timely reminder of the various individual MP’s and other forces at work, who will attempt any means possible to thwart the UK leaving the EU. Thus it is important to “frustrate their knavish tricks,” and bring about the Brexit we all voted for, and it was certainly not one which was dependent on having a deal with the EU at the point of leaving. 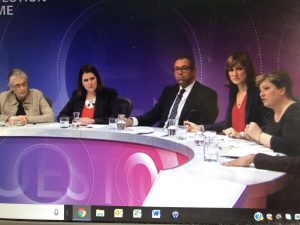