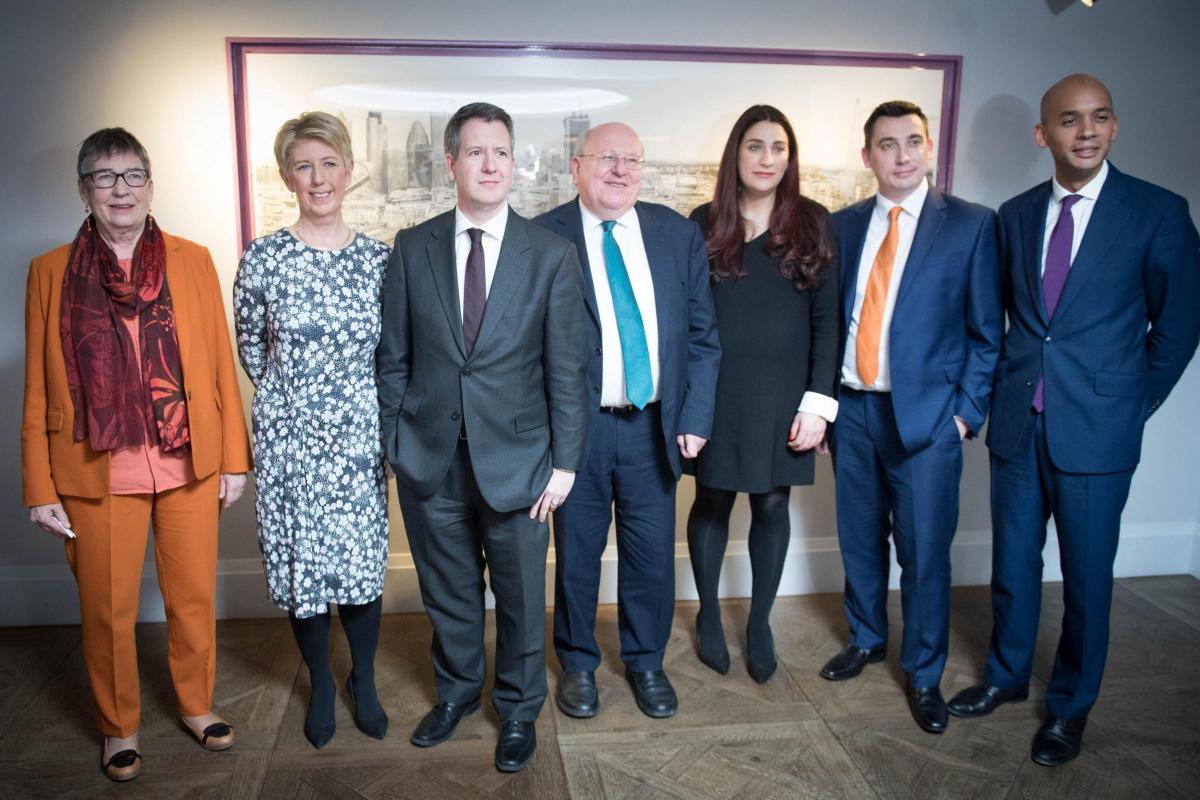 Labour shown to be not together ?

It is ironic that this week, “Labour Together,” a body promoting Labour unity, are guest editors of the online publication “Labour list.”

On Monday seven Labour MP’s resigned from the party to become Independent, so it was perhaps fortuitous that they were in place to deal with the crisis of their departure.

Despite all the platitudes about alleged Labour racism and extremism in the party, it seems that the issue which really binds these “magnificent seven” or “seven dwarves,” ( depending on how you perceive it ), is that they are all resolute Remainers who do not want to respect the EU referendum result.

As for their belief in a second “peoples vote,” they feel that does not apply to their own constituents, who voted them in on a different policy to the one they now want to pursue!

In response to calls to Home Secretary Sajid Javid to bring back the coastguard vessels to assist with migrant operations in the English Channel, newly returned HMS Cutter Vigilant lived up to its name and picked up 34 migrant just outside Dover.

Having spent time being a free ferry service for migrants wanting to land in southern European countries, this vessel is now ferrying migrants into southern England.

Our Navy picked up 20,000 migrants in the Mediterranean, and already hundreds have been ferried courtesy of the British taxpayer from the English Channel to our ports.

When is this government going to intercept migrant smuggling efforts outside our territorial waters and return them directly to their points of departure?

Or is that too much to ask of a government which is supposed to be putting UK national security and the interests of British citizens first ?

Has Sajid Javid woken up to the demands of the British public ?

After failing to stop the flow of migrants to the UK, it seems the Home Secretary has finally decided to revoke the British citizenship of ISIS supporter Shamima Begum.

He deserves congratulations for this, but he can’t have failed to notice the massive public disquiet about her. Nor could he could have ignored the steadily building petition for ISIS supporters not to be allowed to return to the UK ( half a million and rising ).

Syrian Gold being hijacked by USA ?

There have been reports that ISIS Daesh commanders and tons of their looted Syrian gold have been airlifted out of Syria by USA helicopters.

Whether or not this is a “deep state” operation, similar to the stories of what happened to Nazi gold at the end of the Second World War, is it not time we were told if these reports are true, and if so, why ?

We are indebted to Jo Coburn and the BBC Daily Politics programme for their investigation into “Think Tanks.” While it just covered the tip of the iceberg, how many of us have wondered who funds these bodies, who they really represent and why they want to be projecting their thoughts into the public arena.

Is it not time that none of these bodies are invited to political discussion programmes unless and until they act in a full open and transparent manner ?