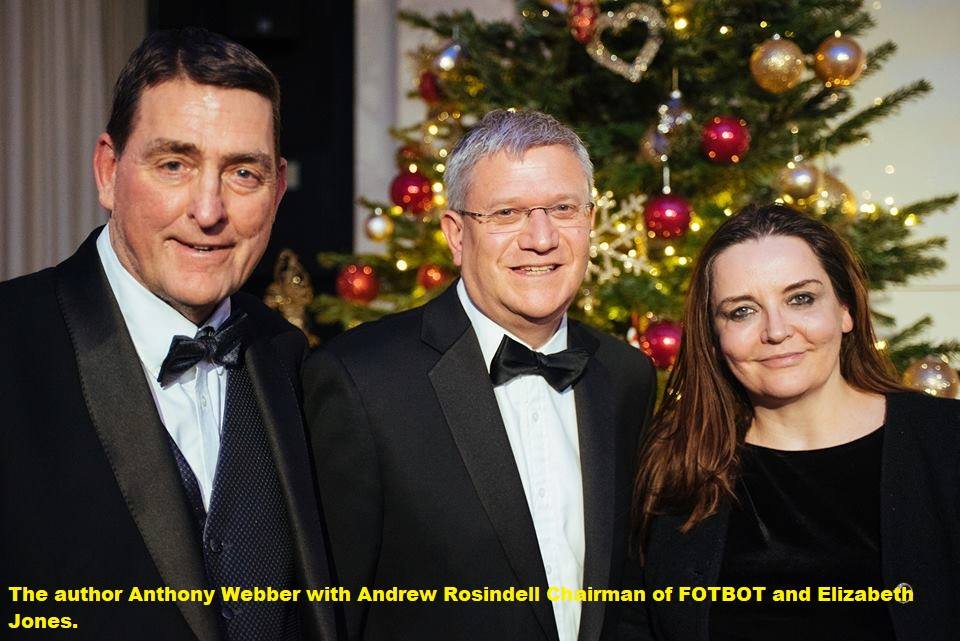 Andrew Rosindell, MP, says it is time that all British Territories are treated as being equal partners in the British family.

He has argued for all Territories to be dealt with by one UK government Minister, rather than three plus at present.

Andrew Rosindell, who is Chairman of the Friends of the British Overseas Territories ( FOTBOT ), spoke at the charity’s Christmas Dinner at the end of last week, at the Royal Overseas League in London.

He is very much seen as one of the most informed MP’s on the subject of the British Overseas Territories and the British Crown Dependencies. He is Chairman or Vice Chairman of all the UK All party Committees on the various British Territories and is well known by many of their government representatives.

Speaking to a gathering of guests which included those from across the British Territories, Andrew Rosindell said it was wrong for the British Overseas Territories to be dealt with by the UK Foreign Office, because they are not foreign.

Andrew Rosindell said that the various British Territories should all be dealt with by one UK government Department, with a recognition that they were all equal members of what he called the British family.

He added that when there was a natural disaster they should be treated the same as the rest of the UK.

He said it was wrong that there was such a slow response to the recent hurricane in the Caribbean and the very quick reaction of the Cayman Islands to helping other British Islands demonstrated that sense of British family which they all had.

Andrew also referred to the ongoing UK-EU Brexit negotiations and the need for all of the United Kingdom and the British Territories to never be divided as a family.

With the continuance of devolved administrations in the UK, it was important, he re-iterated, that all parts of the British family, including the British Territories, had the equal right to vote for their own representatives in the national UK Parliament.

This is a further promotion in a different context of the view that Andrew has put forward in different ways over the last two or three years, that the British Territories should have representation in the Houses of Parliament.

Thanks to Andrew, and indeed others, and I humbly include myself, this concept has become more and more discussed both in the UK and in the Territories themselves. It has become both respectable and logical to believe in such rights to have representation, and it will probably be only a matter of time before it actually happens.

Andrew quite correctly states that there is no reason why there cannot be immediate Membership of the House of Lords.

There simply isn’t a reason for there being no representation in that bloated Chamber of 850 plus individuals who discuss matters which affect the Overseas Territories and Crown Dependencies. As it happens, there is a Member with Isle of Man connections, but that is purely by chance and not by design.

As for the House of Commons, they are the primary body which debates and decides on all national and international matters, as well as issues which affect the Overseas Territories and Crown Dependencies, so of course there should be the right to elect constituency MP’s. Why should MP’s of every other constituency decide on the UK, world affairs and even Overseas Territories and Crown Dependencies’ matters, and not the Territories themselves ?!

Andrew Rosindell and others have made it quite clear that the right to representation in the national UK Parliament is not something which will in any way affect the existing status of the Overseas Territories and Crown Dependencies.

There have been some rumblings of concern from a small number of politicians and civil servants, that feel their privileged positions will somehow be usurped by those elected to be representatives in the UK Parliament. This view is slowly but surely being overcome by frank and logical debate on the issue. There is no need for any change in representative offices in the UK or any change in the political hierarchies in the various Territories at home. This proposal is more being seen as an improvement in representing the interests of the Territories and in enhancing the current constitutional relationship the Territories have with the UK government.

Having attended six UK party political conferences this year I can see that there is a great deal of sympathy for the British Territories having representation in the UK Houses of Parliament. Many I have spoken to have felt it is a violation of voters’ rights not to have such representation.

It is important to remember that the French, Danish and Dutch overseas territories have had representation in their national parliaments for years. Some have perhaps more representation than their populations merit. However, that is to do with emphasis rather than the principle, which is well established.

That principle sees two Members each from the Faeroes and Greenland ( both populations of about 50,000 people)being elected to the Danish Parliament of 179 Members. As the Danish population is 5.7 million, their Overseas Territories representation is very generous, but they only have one Chamber in their Parliament.

The UK House of Commons has 650 Constituency MP’s for a population of 65.6 million people.

The British Overseas Territories are made up of fourteen primary Territories and approximately 250,000 people

The Crown Dependencies are made up of three primary Territories and approximately 250,000 people.

The total therefore is just over 500,000 British citizens, or about 0.76% who do not have a voice in the national UK Parliament.

The following would enable 9 Parliamentary seats to be created, representing about 1.38% of the population:

It is actually not difficult to create constituencies based on UK population electoral commission guidelines:

This is 9 MP’s , with an average constituency size of about 56,000, which would be very fair in UK terms.

It has to be noted that some of the constituencies include territories with little or no permanent populations.

It is suggested that House of Lords Members would be based on broadly the same representative areas, so there would be about 9 Members of the Upper House. This would equate to 1.06% representation, which is still on the generous side population wise.

All that needs to be done is for the Government to approach the British Territories to submit names of people to be considered for Membership of the House of Lords. There would undoubtedly be names of considerable experience, quality and expertise.

At the same time the Government would need to bring in a Parliamentary Bill to allow for the creation of the new British Overseas Territories and Crown Dependencies constituencies and for elections to take place either in time for the next UK General Election or sooner.

As for the special relationship the three Crown Dependencies have with the Privy Council, it would be commendable if they could have some representation as Privy Councillors and to be able to sit on the Committees which respectively deal with the affairs of the Channel Island and of the Isle of Man. This should not preclude those from the British Overseas Territories becoming Privy Councillors too, if appropriate. There are currently over 650 Privy Councillors, who are mainly senior present and former MP’s, some clergy, judiciary and members of the Commonwealth.

In respect of the other speakers at the Dinner, they included a well- received rendition by Albert Poggio, OBE, the FOTBOT President, who is the former Gibraltar representative in London.

There was also a summary of the work of FOTBOT by Chief Executive Officer Philip Smith and a very successful raffle.

The FOTBOT charity had already given a substantial donation for the Caribbean hurricane relief as a result of previous fund raising efforts.

The other speaker was Chris Carnegy, UK representative of the Government of Tristan da Cunha. He gave an informative talk about his work as well as some amusing topical political anecdotes.

What really struck home was the wide diversity of people from different parts of the world being very worthily brought together by the FOTBOT charity which was only set up in 2013 by Philip Smith when he approached Andrew Rosindell, MP with the idea.

It is very clear that FOTOT is moving from strength to strength, being seen as the body brings together the British Overseas Territories and the Crown Dependencies, informs the public and politicians all about them and facilitates healthy debate on their future in the British family.

WHAT IS THE RELEVANCE OF THE GREEN PARTY CONFERENCE TO THE CROWN DEPENDENCIES AND THE BRITISH OVERSEAS TERRITORIES ?…

WHAT IS THE RELEVANCE OF THE GREEN PARTY CONFERENCE TO THE CROWN DEPENDENCIES AND THE BRITISH OVERSEAS TERRITORIES ?…

Posted by MHKS they work for you on Thursday, 12 October 2017 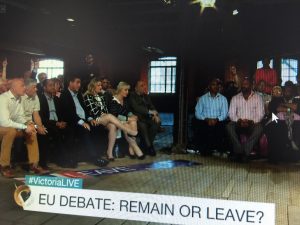 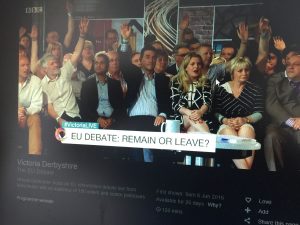 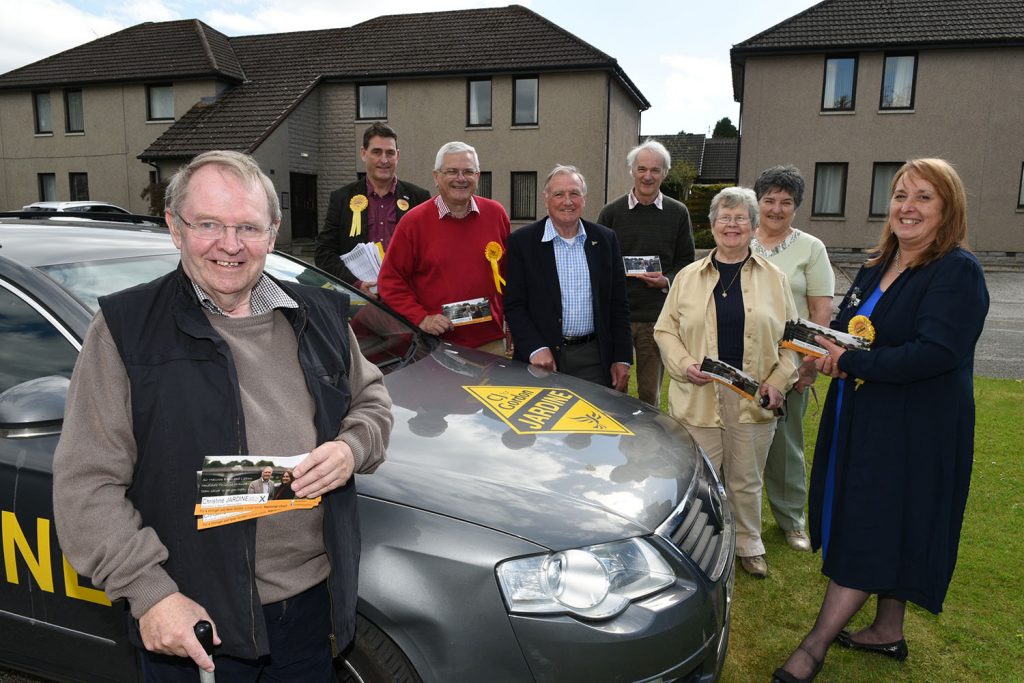 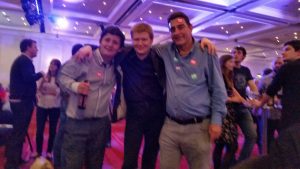 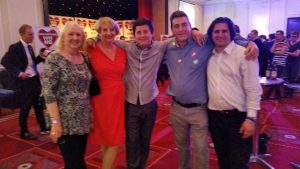 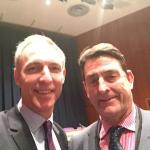 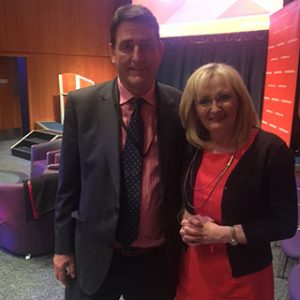 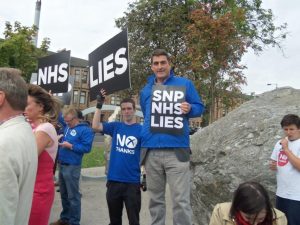 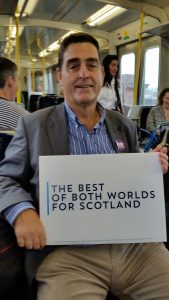 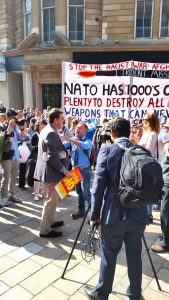 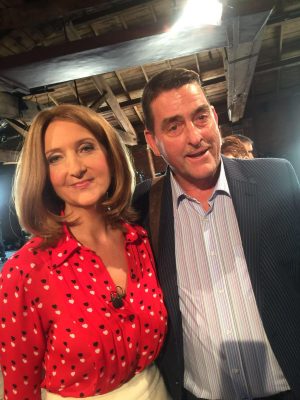 To scroll through the Manifesto, you will find buttons in the botttom left corner to go through the pages. Click here to download.